This lesson is part of the course Roots and Bluegrass Rhythm Guitar with Scott Nygaard.
Get immediate access to this lesson and all of the lessons in this course when you subscribe.
Start Course
Browse Courses
Watch Course Introduction Video
About This Course
Learn the essential techniques of roots and bluegrass rhythm guitar by playing classic and contemporary songs, with flatpicking technique tips and strums, bass runs, and fills.
Try a Sample Lesson
Some Old Day
This great Flatt and Scruggs song was recorded by JD Crowe and the New South on their classic self-titled album, with Tony Rice singing lead. It's a great example of a medium tempo bluegrass song played with a country swing feel. You'll learn a strum pattern that helps accent the swing feel, as well as some bass runs to use at the ends of phrases. Scott plays the song in D and looks at some different ways to finger the A and A7 chords. Finally, he sings the whole song through so you can play along with him.
Try a sample lesson
The Roots and Bluegrass Rhythm Guitar Subscription Includes:
$20/Month For One Course
Additional courses only $10/month each!   •   Save 20% with an annual subscription
Start Course
Get started now!
Use promo code ScottLand at checkout
and get your first month free or $20 off an annual subscription.
Jambalaya, Part 1
In this lesson you’ll learn a straight-eighths country or country-rock feel to play on the Hank Williams classic “Jambalaya.” “Straight-eighths” means that the eighth notes are played evenly, not swung, as in some of the previous lessons. This feel is used in a lot of country, rock, and country rock. “Jambalaya” was recorded by Hank Williams in the key of C, and it’s been recorded and performed by countless musicians. Emmylou Harris recorded a great country-rock version in the key of A. Scott plays using key of A shapes, capoed at the third fret, which puts it in the key of C. In this first video, you’ll learn a simple straight-eighths strum pattern, along with some simple variations, and a couple of ways to finger the A and E chords. Then Scott sings a verse and chorus so you can see how those patterns work with the song. 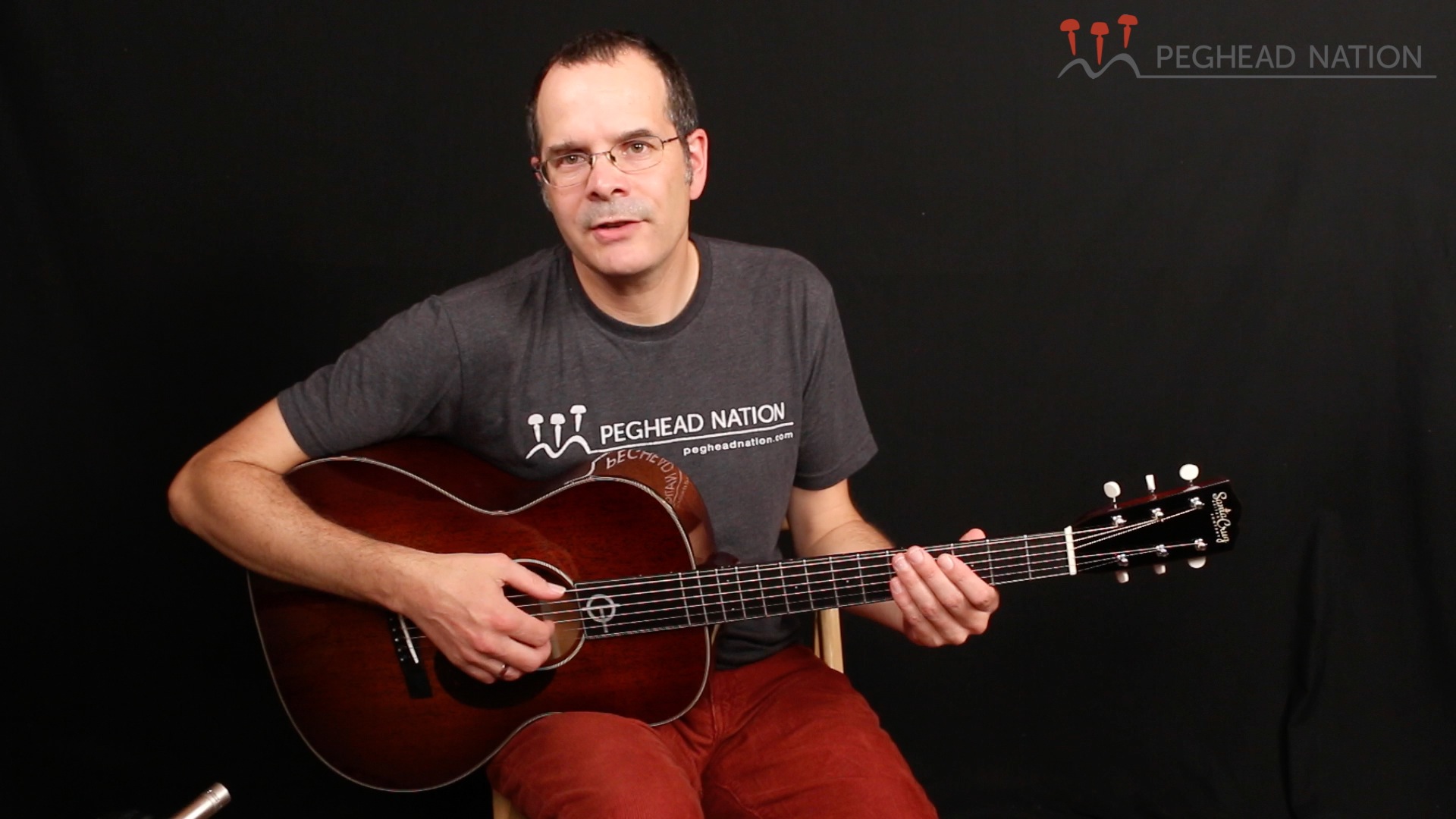 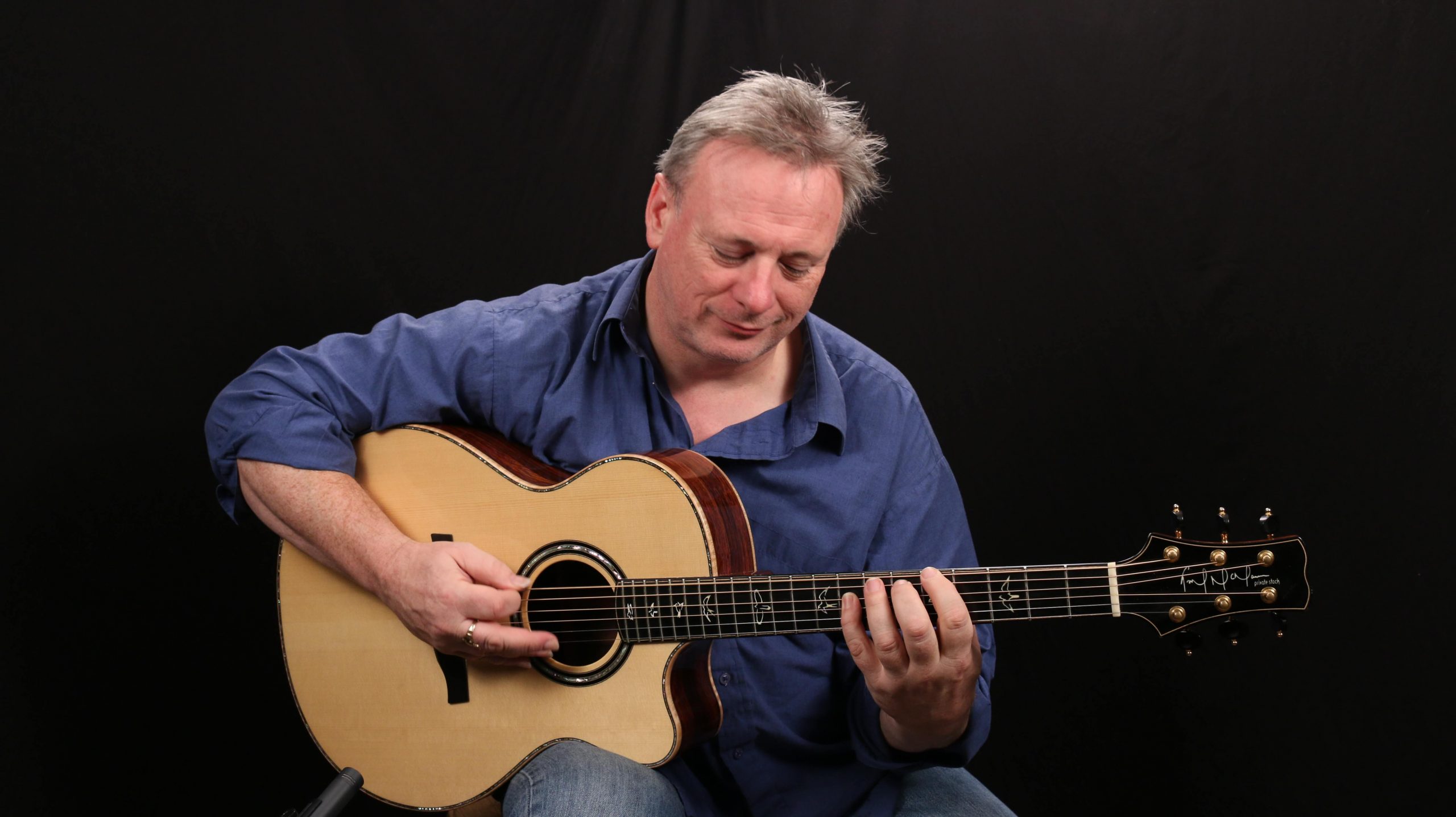