This lesson is part of the course Intermediate Flatpicking Guitar with Scott Nygaard.
Get immediate access to this lesson and all of the lessons in this course when you subscribe.
Start Course
Browse Courses
Watch Course Introduction Video
About This Course
Learn to play fiddle tunes and other bluegrass and roots melodies, with an emphasis on alternate picking, simple scales, and developing good picking- and fretting-hand technique. Designed for guitarists just starting to play melodies as well as intermediate players who want to work on their flatpicking technique.
Try a Sample Lesson
Sally Gooden
The B part of “Sally Gooden” starts with a simple scale fragment, starting on the open G, that may be familiar from the Alternating Picking video. Scott walks you through the melody of the B part phrase by phrase, and gives you advice on keeping your fretting-hand fingers in position above the notes, as well as “planting” them: keeping them down on the fret until after you play the next note in the phrase.These are very important things to work on, as they give your playing a lot of fluidity and make your fingering more efficient.
Try a sample lesson
The Intermediate Flatpicking Guitar Subscription Includes:
$20/Month For One Course
Additional courses only $10/month each!   •   Save 20% with an annual subscription
Start Course
Get started now!
Use promo code ScottLand at checkout
and get your first month free or $20 off an annual subscription.
Big Sandy River, Part 1
Bill Monroe’s fiddle tune “Big Sandy River” has been a favorite of flatpickers ever since Dan Crary recorded it as “Cross the Big Sandy” on his 1970 instrumental album Bluegrass Guitar, one of the first albums devoted to flatpicking guitar instrumentals. “Big Sandy River” has a distinctive beginning in its first two measures, but from there on people play it very differently, and the melodies people choose are based more on the chords of the tune and the general shape of the melody rather than a specific series of notes. This makes it a great tune to jam on, and allows you to easily come up with your own version. The original Bill Monroe version features Kenny Baker on fiddle, and his line on the V chord in the A part is very distinctive but a little unwieldy on the guitar, which is probably one reason guitarists, including Dan Crary, started modifying it right off the bat. In this lesson, you’ll learn Kenny’s original fiddle melody as well as a way to play the tune that is more like the way guitarists generally play it. 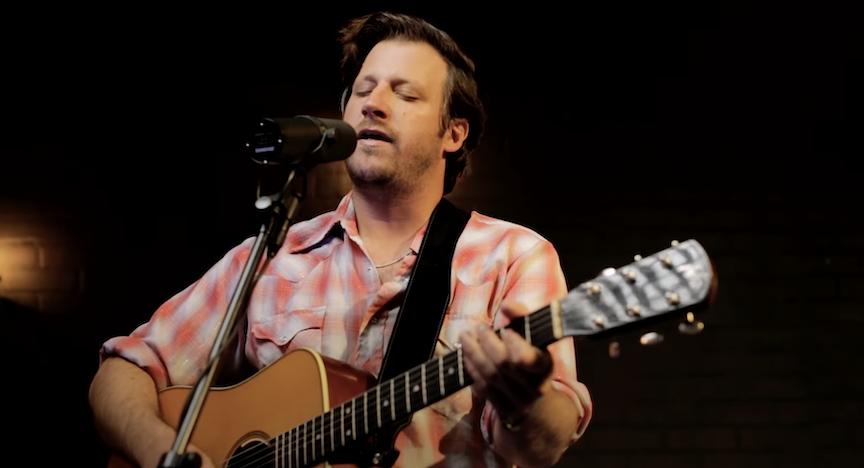 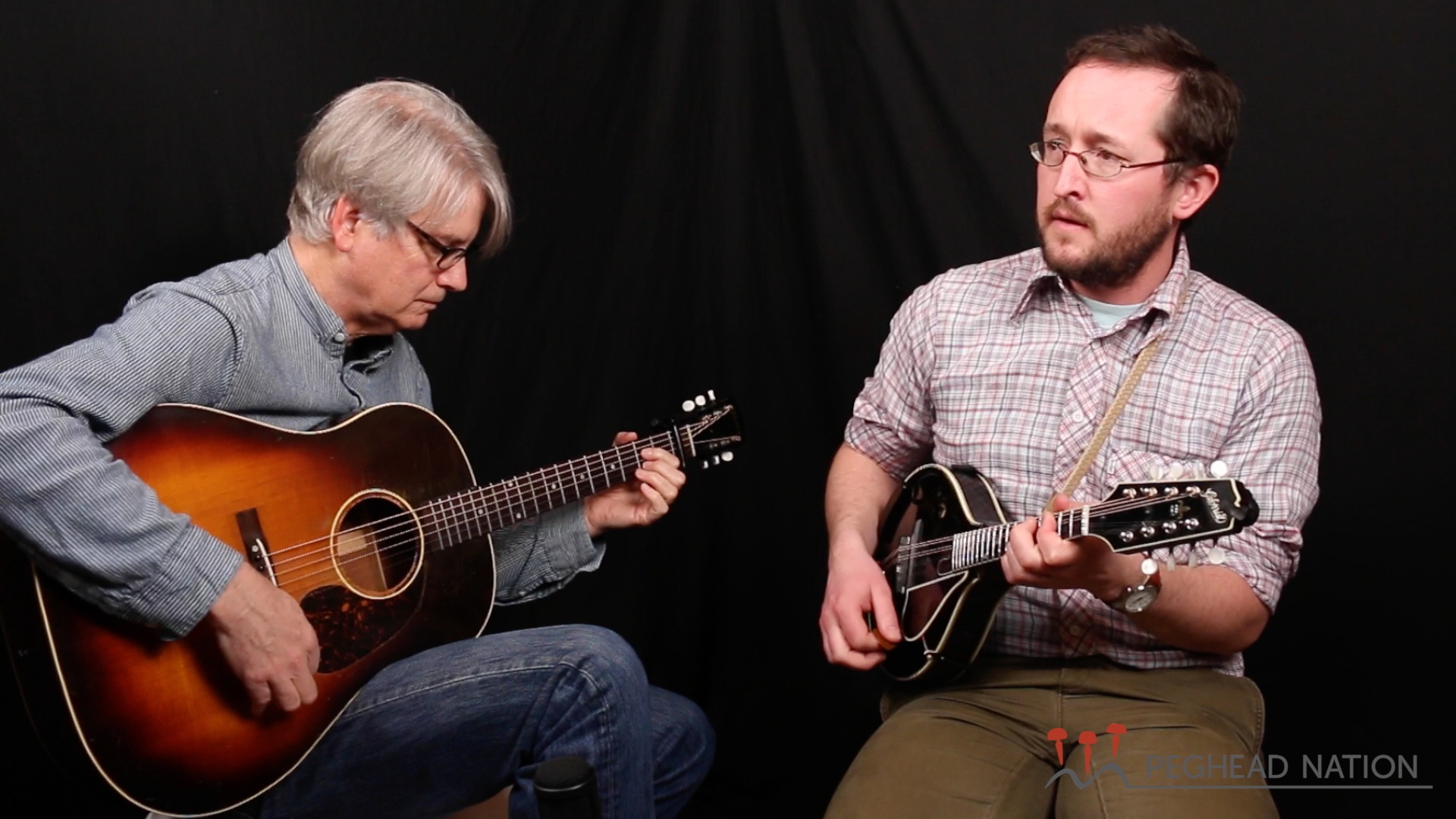