Jenny on the Railroad, Part 1
from: Clawhammer Banjo with Evie Ladin

This lesson is part of the course Clawhammer Banjo with Evie Ladin.
Get immediate access to this lesson and all of the lessons in this course when you subscribe.
Start Course
Browse Courses
Watch Course Introduction Video
About This Course
Learn old-time clawhammer banjo from the beginning, with basic clawhammer technique exercises and lots of great old-time and traditional songs to play.
Try a Sample Lesson
Shady Grove
There are several versions of the traditional favorite “Shady Grove.” This one is in G modal tuning, the same tuning as “Cluck Old Hen.” Once again, to get into this tuning you simply raise your second string up a half step to C. “Shady Grove” is a one part tune, and you’ll mostly play the melody, not chords, whether you’re playing the melody by itself or singing the song. Evie starts by playing through the whole tune and singing the song, so you can get the melody in your head before you start finding it on the banjo. Then she walks you through the melody, phrase by phrase, showing you how the words of the song match the melody. You’ll also learn some variations to the basic melody, including more hammer-ons and drop thumbing.
Try a sample lesson
The Clawhammer Banjo Subscription Includes:
$20/Month For One Course
Additional courses only $10/month each!   •   Save 20% with an annual subscription
Start Course
Get started now!
Use promo code EvieLand at checkout
and get your first month free or $20 off an annual subscription.
Jenny on the Railroad, Part 1
The A tune “Jenny on the Railroad” is from the Carter Brothers and Son, and Evie learned it from the Horseflies, the popular Ithaca, New York-based string band. Bruce Molsky also teaches it in his Peghead Nation Old-Time Fiddle course. It’s in the key of A with a lot of G chords, so it might be thought of as a modal tune, though Evie plays it in A major tuning (standard G tuning with the capo on the second fret). The tune has four parts, ABCD, but the B and D parts are essentially the same. You’ll learn the A part of “Jenny on the Railroad” in this video. 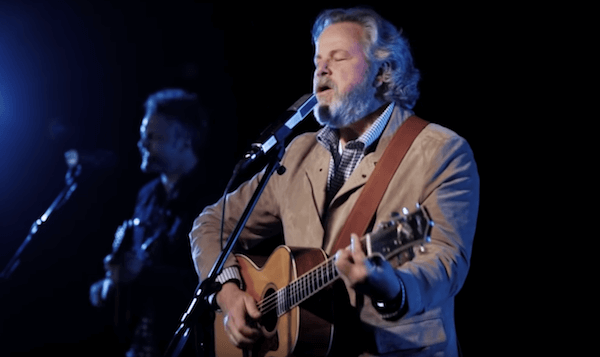 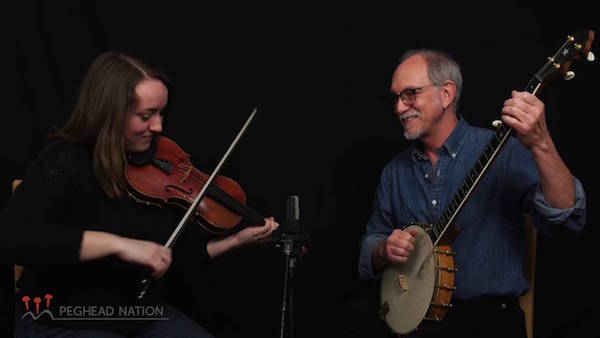