This lesson is part of the course Beginning Guitar with Adrianne Serna.
Get immediate access to this lesson and all of the lessons in this course when you subscribe.
Start Course
Browse Courses
Watch Course Introduction Video
About This Course
Learn to play guitar from scratch and sing some of your favorite songs with simple but powerful chords and strum patterns. Includes 24 great songs to play, with chord and lyric sheets.
Try a Sample Lesson
Orphan Girl
Gillian Welch’s song “Orphan Girl” was first recorded by Emmylou Harris on her classic Wrecking Ball album, and Welch recorded the song, which has become a bluegrass jam session favorite, on her debut recording, Revival. You can play “Orphan Girl” with just three chords—G, C, and D—and the bass down-up strum, with or without an alternating bass, whichever you choose. Adrianne shows you which bass strings to alternate for each chord and how to accent the second and fourth beats of each measure.
Try a sample lesson
The Beginning Guitar Subscription Includes:
$20/Month For One Course
Additional courses only $10/month each!   •   Save 20% with an annual subscription
Start Course
Get started now!
Use promo code GuitarLand at checkout
and get your first month free or $20 off an annual subscription.
California Stars
The song “California Stars” comes from Mermaid Avenue, a 1998 album of previously unheard lyrics written by Woody Guthrie, put to music, written, and performed by Billy Bragg and Wilco. It’s a great song for beginners, for campfire jams, or any jams at all, because it uses just three chords (G, C, and D) and the chord progression is the same the whole way through the song. Since you don’t need to pay attention to the chord changes so much, it’s a good song to experiment with different strum patterns. In this lesson, Adrianne shows you a rhythm pattern that mimics what Jeff Tweedy, the rhythm guitarist and singer for Wilco, played on Mermaid Avenue: down down, down-up down-up, _ up-down-up, _up-down-up. She’ll also show you how to play that strum pattern with a little bit of a rhythmic “choppy” feel using palm muting and also by relaxing the chord fingers before each accented up strum. Adrianne plays “California Stars” in the original key, with the capo at the second fret, which puts it in the key of A. If this key is too low for you to sing, see the video “Play and Sing ‘California Stars’ in a Higher Key,” where she sings and plays it with the capo at the fifth fret. 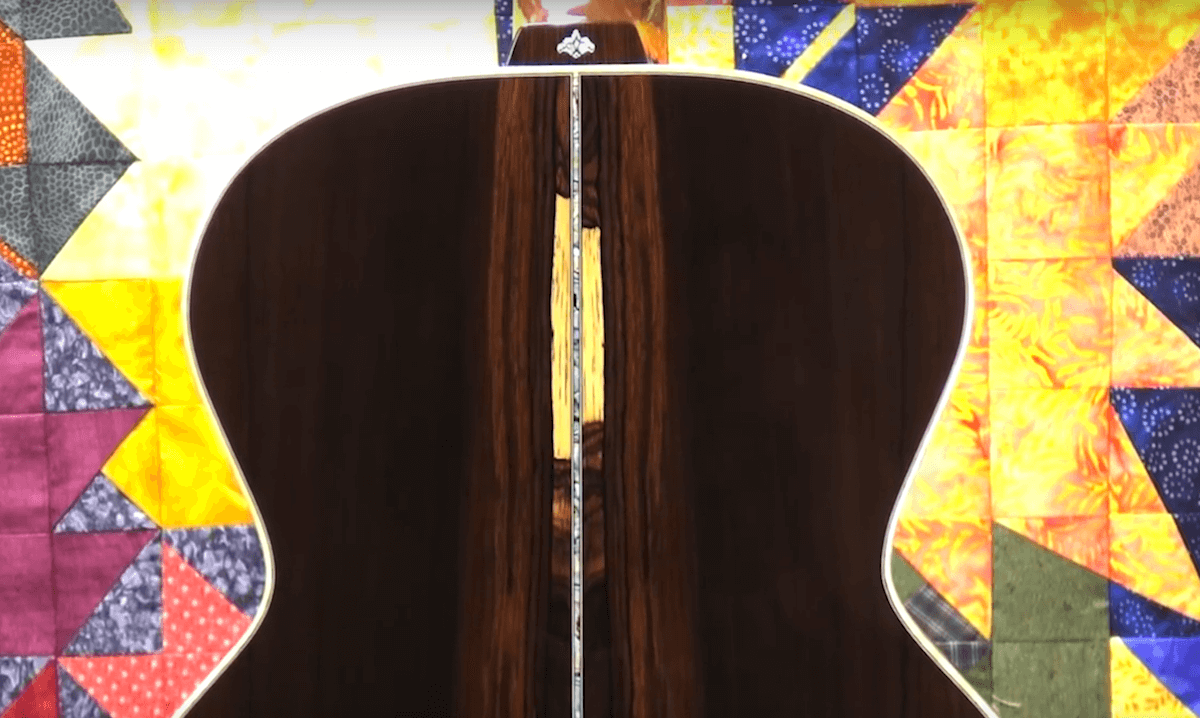 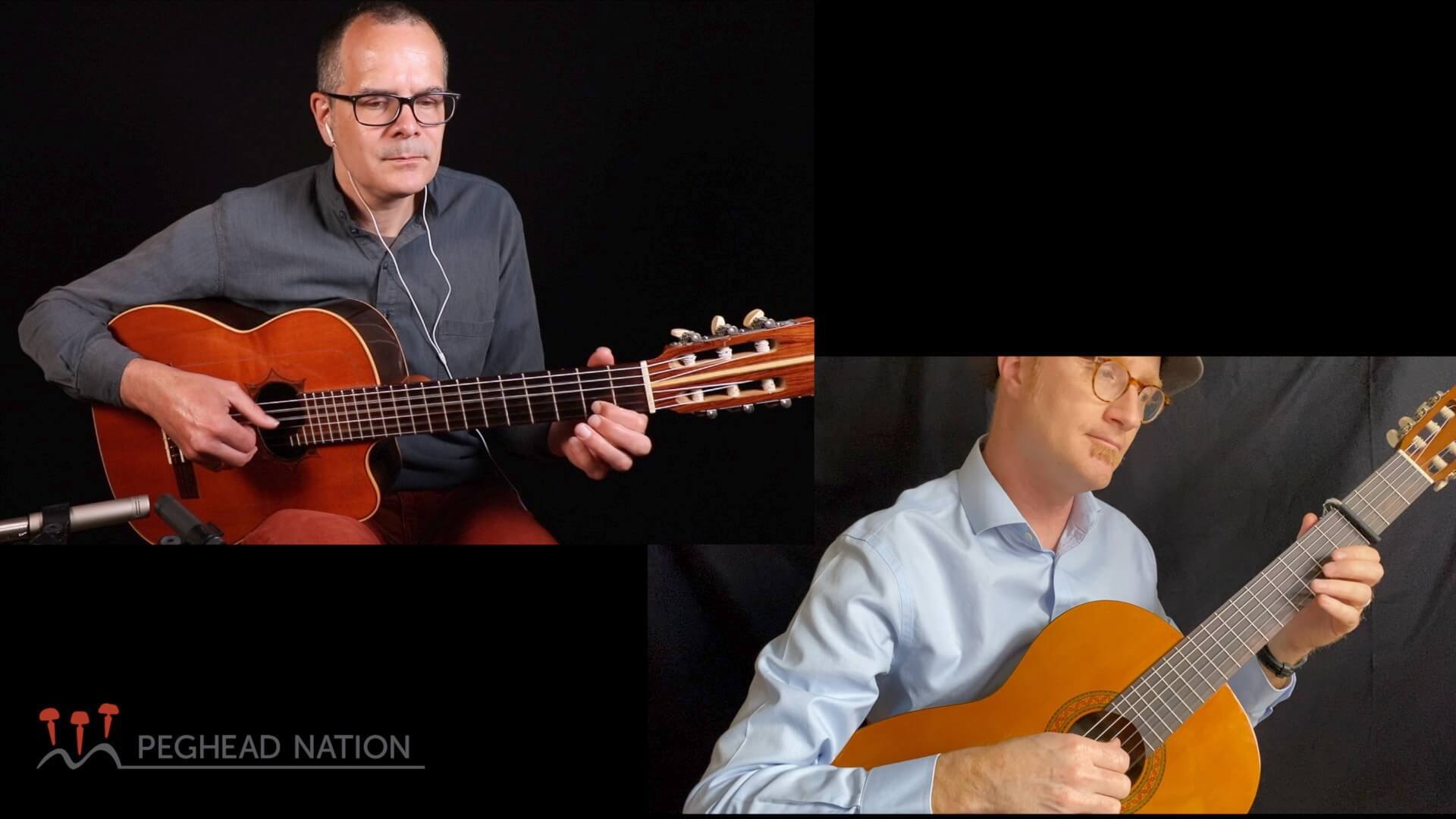