Angeline the Baker, Part 1: A Part
from: Advanced Flatpicking Guitar with Scott Nygaard

Try a Sample Lesson
Home Sweet Home
In Part 2 of the lesson on crosspicking, you'll learn the first part of Scott's arrangement of "Home Sweet Home," which mostly uses the traditional 3-3-2 roll. Since crosspicking is usually used to play song melodies, it's a good idea to learn the melody of a song before tackling a crosspicking arrangement, so Scott starts by making sure you know the melody to "Home Sweet Home" and then takes the arrangement apart phrase by phrase (or roll by roll).
Try a sample lesson
The Advanced Flatpicking Guitar Subscription Includes:
$20/Month For One Course
Additional courses only $10/month each!   •   Save 20% with an annual subscription
Start Course
Get started now!
Use promo code ScottLand at checkout
and get your first month free or $20 off an annual subscription.
Angeline the Baker, Part 1: A Part
In this lesson you’ll learn a version of the standard fiddle tune “Angeline the Baker” that illustrates the way Scott varies fiddle tunes in an actual performance. While he primarily sticks to the melody as he hears it, he plays subtle variations each time through each part. The origin of “Angeline the Baker” is a bit of a mystery. Many people credit it to Stephen Foster, and the chorus of Foster’s song “Angelina  Baker” has a few bits of melody in common with the lower part (the B part here) of the fiddle tune. But the high part seems to have come from somewhere else entirely. Fiddler Uncle Eck Dunford’s 1928 recording of “Angeline the Baker” really only has the title in common with Foster’s song and is a somewhat skeletal version of the melody. The tune as it is currently known became popular in the 1970s old-time revival in part from recordings by West Virginia fiddler Franklin George and mandolinist Kenny Hall. Fiddler Stuart Duncan’s recording of the tune on the Nashville Bluegrass Band’s Idle Time and David Grier’s recording on his debut, Freewheeling, have probably had the most influence on contemporary bluegrass-oriented versions. Scott’s arrangement owes as much to fiddlers as to guitar players. The A part’s melody is similar to the way a fiddler like Duncan would play it. Scott walks you through it and shows you how he plays slight variations the second time he plays the A part. 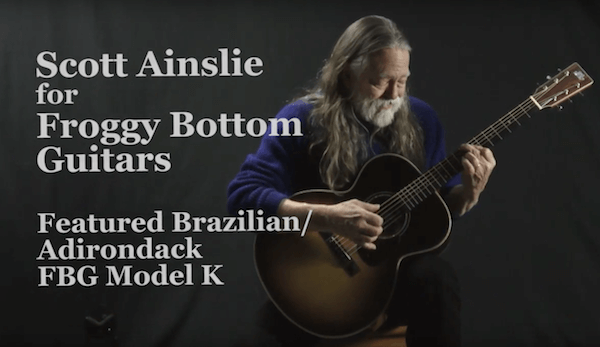 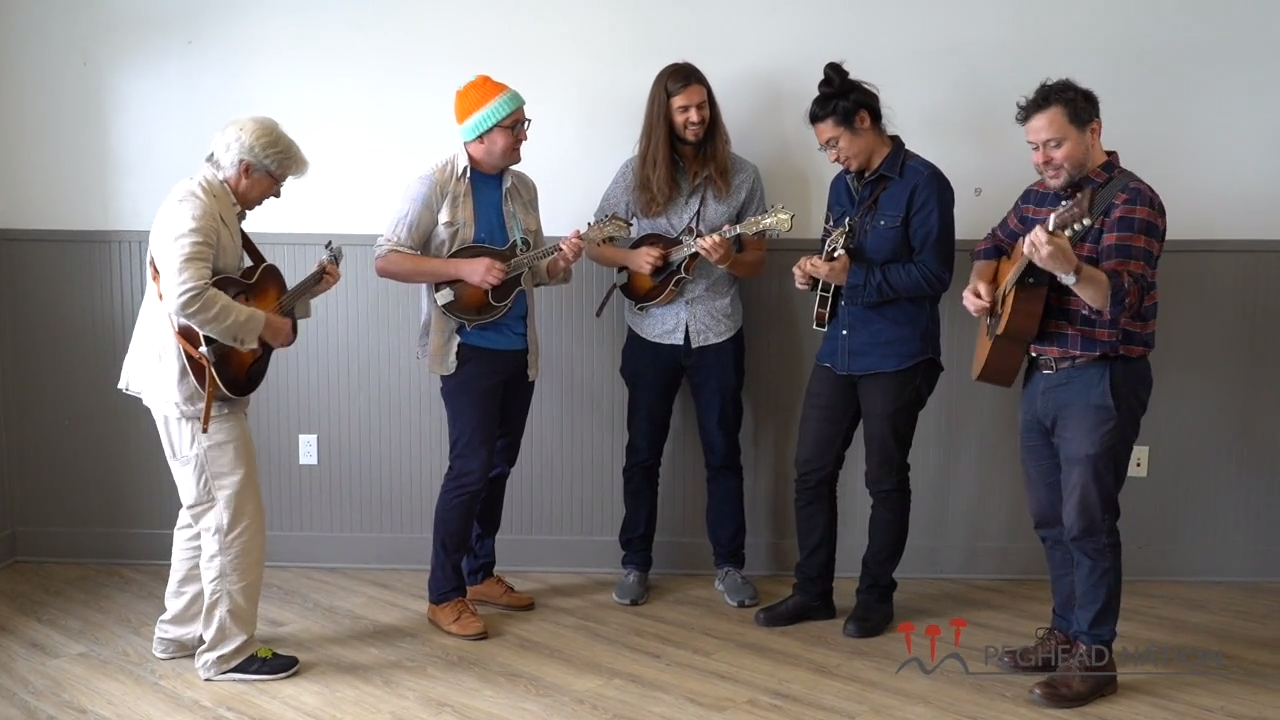